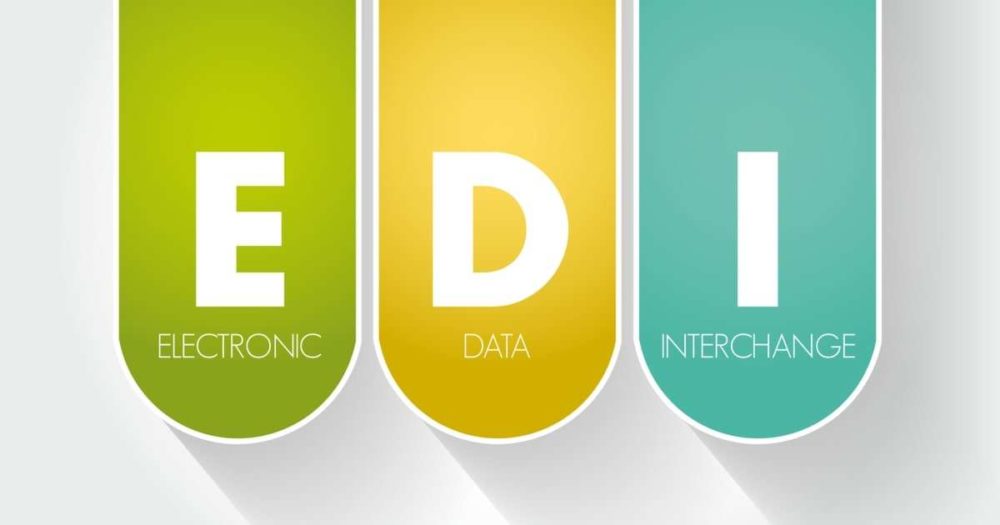 Today begins our series about electronic data interchange or EDI in transportation. We take pride at Cerasis, as a third party logistics company that has developed a proprietary web-based transportation management system, to offer technology solutions to our shippers so they may remain as efficient as possible and have access to information at their fingertips.

Furthermore, we also want to educate those in the industry on such available technologies such as EDI in transportation so that they may make sure when they are either choosing a new transportation management system or are using one already, that the user demands that EDI is a part of the TMS.

What is Electronic Data Interchange?

Let’s back up a bit before we specifically address EDI in transportation. First, we must understand and get on the same page of what is Electronic Data Interchange, or EDI, is not only used in the transportation industry.

According to Wikipedia and EDI Basics, Electronic Data Interchange (EDI) is the computer-to-computer exchange of business documents in a standard electronic format between business partners.

EDI was first developed in the 1960s with the objective of speeding the movement of shipping and transportation documents. Its application has expanded from enabling the electronic exchange of purchase orders, acknowledgments, and invoices to include global procurement and sourcing.

History of EDI and EDI In Transportation and Logistics

Edward A. Guilbert was serving as a logistics officer for the US Army in the mid-1940s. During this time period, the air was the only way to get supplies to certain areas of Berlin due to Russian blockades. Major General William H. Tunner tasked Major Guilbert with the job of developing standardized manifests during the Berlin Airlift. This was desperately needed in order to facilitate the sheer number of deliveries, in the end amounting to almost 280,000 flights.  Later, while working for DuPont, he developed the first standardized electronic messages in the early 1960s to be sent between DuPont and Chemical Leaman Tank Lines.  The transportation industry, with its mountains of paper, needed this automation perhaps more than any other.

In 1965, the Holland-America steamship line started sending the very first EDI messages, although still not called EDI.  But this set in motion the technology that would become known as EDI.  By 1968, many transportation companies…everything from railroads to trucking companies…were using electronic messaging.  The problem was that the difference in formats between trading partners was creating too much confusion.  Enter the Transportation Data Coordinating Committee (TDCC).  Mr. Guilbert served as President of the committee and worked alongside Joseph Carley, Earl Bass, and Ralph Notto.  Their job was to develop standards to be adopted between the various trading partners.  Those standards eventually gave way to ANSI X12 and modern EDI.

Each term in the definition is significant to the understanding of how EDI works:

Computer-to-computer– EDI replaces postal mail, fax, and email. While email is also an electronic approach, the documents exchanged via email must still be handled by people rather than computers. Having people involved slows down the processing of the documents and also introduces errors. Instead, EDI documents can flow straight through to the appropriate application on the receiver’s computer (e.g., the Order Management System) and processing can begin immediately.

Business documents – These are any of the documents that are typically exchanged between businesses. The most common documents exchanged via EDI are purchase orders, invoices, and advance ship notices. But there are many, many others such as bills of lading, customs documents, inventory documents, shipping status documents, and payment documents.

Standard format – Because EDI documents must be processed by computers rather than humans, a standard format must be used so that the computer will be able to read and understand the documents. A standard format describes what each piece of information is and in what format (e.g., integer, decimal, mmddyy). Without a standard format, each company would send documents using its company-specific format and, much as an English-speaking person probably doesn’t understand Japanese, the receiver’s computer system doesn’t understand the company-specific format of the sender’s format. The American National Standards Institute (ANSI X12) and the United Nations (EDI for Administration, Commerce and Trade, EDIFACT) maintain the most widely used standards.

EDI has become very popular in the haulage and transportation industry as transportation companies and load brokers are adapting their systems to cater to EDI document exchange.

The advantage for those working in the transportation industry is that routine high volume communications can be automated allowing dispatchers and accounts receivables staff more time to focus on more productive/profitable tasks and provide clients with better customer service. One of the main advantages of EDI is that it eliminates a dispatcher from having to manually key information into the dispatch operational and billing system. This results in saving time and money while eliminating any costly data entry mistakes. The other advantage is that transportation companies that are EDI compliant can communicate seamlessly and electronically with all parties in the supply chain process.

All data is communicated between the carrier, shipper, and the consignee in electronic EDI documents known as ANSI X12 “Transaction Sets”. The most commonly used EDI Transaction Sets in the Transportation Industry are:

Tomorrow we will continue our series on EDI in transportation covering the benefits of EDI when used in conjunction with a TMS. Are you currently using EDI as a shipper? Would love your thoughts in the comments below.